Stand still and you lose, embrace change and your business wins...

Embrace change for profit growth in your business...

Prevent profits slip sliding away by mastering the science of pricing...

...increase the profits of your business by mastering the science of pricing...

Get your FREE report now!

How many near misses within your business could have been avoided?

Which every day activity if not carried out could have a catastrophic effect on your business?

Difficult conversations should never undermine the success of your business

Discover how to turn difficult conversations into a valuable and productive business skill in your firm.

Your business grows when you help your people grow...

Repeatedly improve your team's skills, knowledge and capabilities and they'll help you build a better business..

Why risk the health of your business by measuring the wrong things?

Why risk making a bad decision when making great decisions is just so simple?

When you get better at decision making you set your business on the road to greater success...

BLOG 245 – How to take charge of the triggers in your work environment and make your business stronger as a result
BLOG 244 – Avoid stress and hassle when you tap into the natural drive and enthusiasm in your people
BLOG 243 – Techniques to deliver the best customer service in your business
BLOG 242 – Get yourself a business breakthrough with 3 simple questions…
BLOG 241 – Are you ready to work out the one goal your business should focus on?
BLOG 240 – Your business wins when you make your marketing messages simple and profound 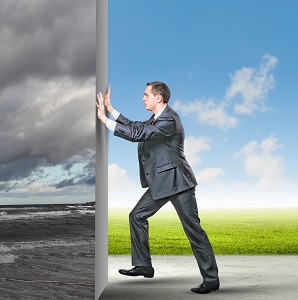 [Blog 2] Stand still and you lose, embrace change and your business wins…

Here is a great ‘successful change’ story involving Jerry Sternin, who arrived in Vietnam in 1991 with his young family. His remit from Save the Children was with almost no money to transform the lives of millions of severely malnourished children.

Jerry used and embraced the 3-part pattern for successful change. In 6 months by using this pattern he and his small team changed the lives of 2.2 million people in 265 villages.

Jerry encouraged the communities (who had avoided malnutrition) he was working with to identify with these poor families. These people fed their children the basic food but added shrimps or potatoes to bulk out the meal where most families didn’t.

Jerry set up cooking classes, with clear instructions to change the old habits. The cooking groups made it easy to follow the path as the end goal (healthy children) was clearly visible. Working together the mothers were encouraged and hopeful as they could see that they would make a difference. The cooking sessions also helped change the environment and ultimately motivated the entire team.

The initial project helped several hundred children in a handful of villages, however when the programme was replicated across the country is saved 2.2 million children.

The simplicity of the 3-part pattern meant he had changed long term the way the community cooked and provided for their children. (At the end of the text URL link to the BBS)